Saint Miriam is a reformed, inclusive, and welcoming Catholic parish community in Flourtown, Pennsylvania, a suburb of Philadelphia. We, Saint Miriam Parish, proclaim to all the unconditional love of God. We share a set of ancient beliefs, rich historical traditions and a dedication to renew the sacred in our daily lives. Our mission is to carry the gospel, sacraments, and God’s love to all including the unchurched, the alienated, and the disenfranchised. We accept people where they are, as they are, without judgment or condemnation. We welcome everyone to the Lord’s table and we value the dignity of each human being without reservation. We strive, with God’s grace, to live truly authentic Christian lives.

“Touch those who don’t know God, embrace those who do, and welcome the marginalized and the forgotten in a way that you wouldn’t expect!”

History & Vision of the Church

Saint Miriam…a Home for Everyone!

Saint Miriam is a parish community of the Greater Church Catholic. Our parish is located in Flourtown, Pennsylvania, in the suburbs of Philadelphia. Our church is part of more than 2,000 years of history of the Church Catholic. We welcome your questions and seeking truthful answer.

A Name Had Been Chosen, Now a Location… 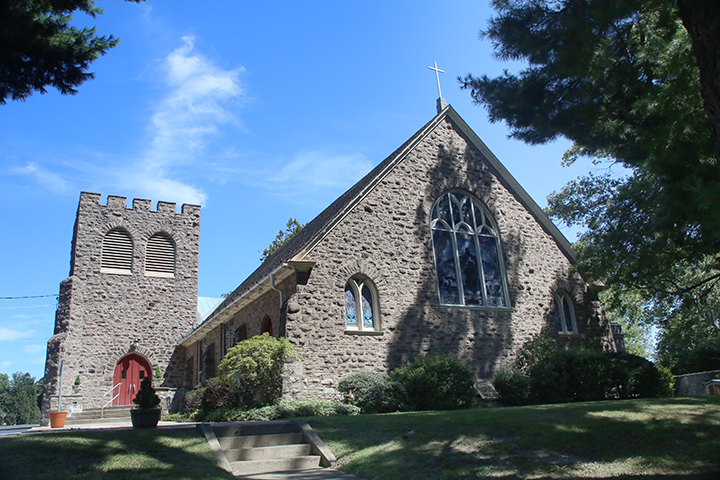 After placing the various pieces together, a name needed to be decided upon. Again, much thought went into a name that would allow exemplify easily the parish’s mission. During a visit to Saint Gregory’s in San Francisco he encountered their “Dancing Saints” icons; a monumental, surprising and powerful statement of faith for the ages, created by iconographer Mark Dukes. The 3,000 square foot painting wraps around their entire church rotunda at Saint Gregory, showing ninety larger-than life saints; four animals; stars, moons, suns and a twelve-foot dancing Christ! The saints—ranging from traditional figures like King David, Teresa of Avila, and Frances of Assisi to perhaps even those considered unorthodox and non-Christian people like Malcolm X, Anne Frank, and Margaret Mead. These ‘saints’ represent musicians, artists, mathematicians, martyrs, scholars, mystics, lovers, prophets, and even a few sinners from all times, from many faiths and backgrounds. It was here that he found Miriam!

While Jews do not have saints, they do have ‘mothers and fathers’, people to be honored. Here is where we find Miriam. Miriam is the older sister of Moses, and she is thought to be the actual voice behind one of the oldest poems in the Hebrew Scriptures, The Song of Moses, celebrating the previously unimaginable event of God taking the side of the forgotten, dispossessed slaves and leading them to freedom. In Exodus, Miriam leads the women of Israel in a dance of thanksgiving for the freedom God has given them. It is her voice thought to be the predecessor for Mary’s Magnificat, the song of the oppressed and marginalized. What more fitting an image than that for a new and vibrant parish focused on caring for those lost?

With Miriam in hand and a new motto, too, the search was on for a location. Thanks to a chance meeting through a friend who happened to also be a local rabbi, Father Jim came upon Mishkan Shalom in Philadelphia. The ambiance and the mission of the place – along with the integrity of the people and their stance on social justice issues and healing the world – seemed to be made just for the forming mission of his new parish committed to the ideals of justice and bearing the name of a “Jewish Saint” named Miriam! After months of visiting and planning, a deal was struck and Saint Miriam was officially born!

Since that fateful day, two years ago now, we have grown into a vibrant parish community to serve so many more and we have grown because of our commitment to embrace everyone who enters and yearns for Jesus, our Christ. Saint Miriam would be proud. We hope you will be, too…come visit us and see why this place is so special.

Sometimes the date the saint entered Heaven (death date) is used as the feast date. However, this is not a rule. In many cases, as with the ancient saints, the date of death is not known. Sometimes the date reflects some other important event in the life of the person. Blessed John Newman, who was recently beatified, has a memorial on the anniversary date of when he left the Anglican Church and became a Catholic. In other cases, there seems to be no reason behind the chosen date. The Sacred Congregation for the Causes of Saints sometimes seems to just choose a date at random.

Miriam died at the age of 126 (or 127) in Kadesh, and she was buried there. Miriam died on the 10th of Nissan in the year 2487—a year to the day before the Jewish people crossed the Jordan into the Promised Land, under the leadership of Joshua. Aaron died on Rosh Chodesh Av, and Moses died on the 7th of Adar 2488. Therefore, we honor her date on the closest Sunday to April 10th every year.

Our church follows a 2000+ year history and has valid succession. And, while we are inclusive and liberal in our views, we hold tight to the subscription of validity. Apostolic succession is a process that involves a priest being consecrated to the High and Holy Order of Bishop by the laying on of hands and the anointing with sacred Oil of Christ by a validly consecrated bishop. The consecrating bishop must be able to trace his succession through an unbroken line of bishops back to the original church founded by Jesus the Christ and his Apostles.

As a general rule there must be two validly consecrated co-consecrators in participation with the main consecrating bishop to insure the validity of the consecration. Once a person becomes a priest or a bishop, they are ordained spiritually for their entire life.

Over the thousands of years of church history, there have been validly consecrated bishops from Catholic denominations including the Roman Catholic Church who have broken their affiliation and allegiance to a particular denomination. These bishops and denominations have been called schismatic. Those bishops who have left a denomination are still valid bishops and may continue to ordain priests and consecrate new bishops, thus the valid Apostolic Succession is carried on.

The major splits or schisms, from the One Holy Catholic and Apostolic Church (sometimes called the greater Catholic Church) founded 2,000 years ago, were the Eastern Orthodox separation in 1054 and the Anglican community in 1534. There have been a few times in church history where the Church at Rome has given permission for a particular Diocese to elect its own bishops without being appointed by the Pope. Bishops, independent of Rome, have come about through both of these mechanisms.

The term “apostolic succession” refers to the doctrine in Catholic and Orthodox churches that holds that certain spiritual powers, who Jesus Christ first entrusted to the twelve apostles, is passed on in an unbroken line of succession from apostle to bishop to bishop, and from these bishops to the priests who assist them in their pastoral duties. The validity of apostolic succession is a key factor in determining the sacerdotal powers of the Church.

The principal line of apostolic succession comes from the Roman Catholic Church, through the Dutch Old Catholic Church and the Liberal Catholic Church in England. The validity of this line of succession is widely recognized, the earliest recorded member being Roman Catholic bishop Scipione Rebiba. More than 91 percent of all Roman Catholic bishops world-wide trace their own lineage to Rebiba (Bransom, 1990). In addition, our church has made an effort to unite eastern and western lines of apostolic succession. We make our principal line of succession available here for those who wish to gain a better understanding of the sacramental authority on which our independent branch of the One, Holy, Catholic, and Apostolic Church is founded. All Christians are grafted into the one vine, the mystical body of Jesus Christ.

When they came to Jerusalem, they were welcomed by the church and the apostles and the elders, and they reported all that God had done with them.” 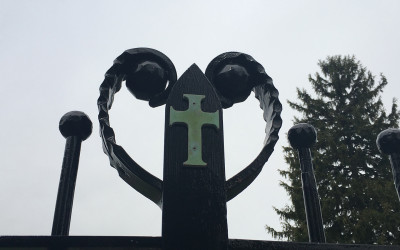 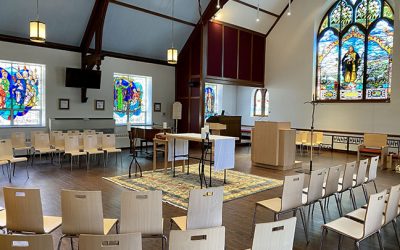 I hope you will watch my video and that it brings you some deeper understanding into our collective decision to move back to a temporary, virtual only format. As we all recognize, sadly, the COVID-19 Pandemic is not lessening, but strengthening in its veracity. Dr. Valerie Arkoosh, of Montgomery County, stated clearly in our teleconference yesterday that there is presently "A big, explosive growth", and today we wake to find that in the US we the highest daily death toll in six months.

As we fail so often to heed the warnings of health care professionals and to take needed steps to flatten down the curve we literally sacrifice, not our freedoms, but those we love and people we may never know who may be impacted by our choices. Therefore, I feel it is incumbent upon us, as a parish of welcome and where every life matters, to set aside our personal and corporate desire to gather, to assist in our small, collective way in bringing this pandemic to an end, and permit us years of life and happiness together.

To that end, we will be implementing some changes immediately. Please click here to see our latest update video and the steps we are taking to keep you and our whole community safe! 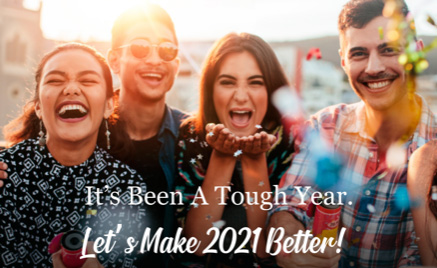 We know it’s been a tough year in so many ways. The pandemic, financial strains, distancing, loss of family interaction, worrying about our kids, even the holidays will be different. But finally, a new day has dawned with the passing of an election and the dawning of something so longed for: hope.

Throughout 2020, Saint Miriam has remained a vital part of your lives. We have struggled just like you, but we have remained strong, safe, and true to our mission. Children are still receiving scholarships to attend our school, the homeless are still receiving support through our outreach, those living in their cars are still calling our lower parking lot home every evening, and parishioners are still receiving sacraments, pastoral care, and worship opportunities. Children are engaged in both in-person and virtual learning through faith formation. We even managed to bring about a beautifully renovated Sanctuary, increased live-stream and virtual worship and devotional opportunities, too! Soon you may also enjoy our Annual Concert and Silent Auction…Virtually!

Now, we need you more than ever. Please consider an End of Year Gift to help us enter 2021 with a clean slate, renewed hope, and less struggle.

We have been there for you throughout this unprecedented year. Won’t you be there for us now? Please? Give today.

Help Us Make 2021 Better Click Here to Support Us Today!