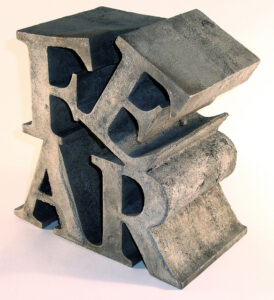 I get it. I am tired of it all, too. “They” keep saying just do certain simple things like distance and wear a mask and we will be back to some resemblance of normal. But, now, here we are – some 8+ months into the worst of the pandemic and we are canceling holidays and much of the world is shutting down. Even our highest officials in government can’t agree and our president wants us to believe its over. Well, it’s not. I have seen the face of this virus as I anointed and helped families say goodbye. It isn’t over; not even close. I wish it were. I am tired, too.

Summer did not extinguish the virus as promised. And with fall has come another dangerous, uncontrolled surge of infections that in many parts of the world is the worst of the pandemic so far. Hospitalizations are up, new restrictions are being imposed, and some nations are finding that their health care systems are in danger of collapsing. We, as the public have a deep weariness about us and now a growing tendency is abounding as many are willing to risk the dangers of the virus, out of desire or pure necessity. And, in sharp contrast to the spring, the rituals of hope and unity that helped people endure the first surge have given way to exhaustion and frustration. There are no window signs or messages of hope. We are weary. We are burned out. I get it, but I won’t give up.

For me, this pandemic has taken so much. It robbed me of a spring and now a summer, too. It robbed my wife and I of a normal birth for my son. It took away our ability to baptize him with all of you near. It robbed me of time with my mother who is now seriously ill. It took away joy and plans and hope. This pandemic has taken so much that I won’t let it rob me of Saint Miriam, too. Whether others join me or not is of no consequence. If we close down because others don’t care enough to support us, I will still fight and give until the last ember of Saint Miriam glows. Why?  Because we are different, and we are desperately needed.

This past week, in consultation with my school administration, we hired back someone who had been terminated earlier in the year for cause. She pleaded her case, took ownership of her issues, and asked for another chance. I agreed. Some didn’t and voiced their opinion and dissatisfaction. I wrote these words to them.

“It had come to my attention that our rehiring a former employee has caused some issues. So, I wanted to take a moment to address it directly. I, too, had some reservations with respect for hiring somebody that was terminated for cause. However, after much prayer and consideration, I decided to actually live out the way the world should be and to allow another opportunity for someone who was owning responsibility for their past actions and was contrite in there asking to be considered for another chance within our organization. As many of you know some 30 years ago, I made a terrible mistake and it costs me a few months of my life and to this day I am still often reminded how unworthy I am and that I did something wrong. Saint Miriam has always been sincere; we have lived the truth in speech and in practicality; that we worship a God of grace and of second chances. As pastor it is my responsibility to uphold the values of Saint Miriam and to remind us as an organization, to never stray from those values. I am not sure if this rehire is going to work, but what I do know is that we would be less of a people of faith if we rejected her without one more try. Thank you for listening to me today.”

This is why we exist. This is so many other ways that we are inclusive, welcoming, loving, forgiving and different. I pray we are worth your time and your support.
Weekly Reflection