Why I Dislike ‘Prayers Ascending’! 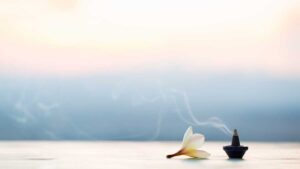 It’s no secret that I despise the phrase “prayers ascending”. It has become an almost trite way for people to offer some form of support to those who request prayer in the immediacy of some event or tragedy or sadness, but for me it’s just an easy way to assuage your own guilt and move on with your life while really doing not much of anything at all. ‘Prayers ascending’ is a quick, overused commonplace social-media phrase that is normally followed by us not actually doing anything at all.

As we approach a feast day that celebrates and honors the essence of our belief in the very Real Presence of Christ in the Eucharist, I am mindful that I often dismiss the assembly on Sunday reminding all of us gathered that we are now ‘living tabernacles’ and are called to take Christ into the world ‘by our very lives!’ For me, this includes the manner in which we pray and how we tell others of the importance prayer has in our lives and belief system.

When I see someone respond in this manner, I wonder what they are thinking, or are they really thinking about doing anything at all? When they read the prayer request and they answer quickly with this overused tired phrase, do they think that it helps? Do they feel anything beyond their immediate need to respond to move on with the rest of your day or their scrolling? Is there any real effect to sending prayers ‘ascending’? Do prayers ascend or go anywhere? Where else would they go? Is our decision and expectation that somehow prayers need to go up rather than outward as a result of our anthropomorphized God that we deigned to create in our own coloring book images of the creator?

The Rev. Ann Fontaine writes, “Every so often someone will ask for prayers and a common response is “prayers ascending.” My questioning mind thinks – hmmm, ascending? Going up? Where? How?”

When I pray for someone, I believe my prayers are received by the love that is God and directed to those who need them. I also send these requests to my prayer team at my parish because I believe there is power in prayer of all people, not just mine. For me God is in the midst of us. My earnest prayer is often that the person will feel surrounded in and held up by our gathering storm of prayer. No, I don’t think that my prayers have taken off for outer space or gone to an unknown location. My hope is that the prayers remain here – outwardly gathering momentum to wrap tightly around anyone who needs them in a comforter of prayer. I hope the recipients will feel that prayer is carrying them through their days, and they feel that peace that passes understanding as they receive healing or strength in their lives.

When my son, Caleb, was seriously ill with meningitis, we were living in the NICU at Children’ Hospital, and we were told his life expectancy was low, the last thing I needed to hear was one more “prayers ascending”; instead, I needed someone to sit with me, like Job’s three friends, on the pile of dung I found my life to be entrenched. I needed them, not their trite and superficial words or epitaph. I needed to be held up and hugged, if not in person, at least by others’ in their care for me and my family in the midst of our trauma. Many did just that, some never did, but often the most “religious” stood on the roadside and watched my life disintegrate with nary a word, or a quick typing of ‘prayers ascending’ but never a step into the water so disturbed by this illness we were all enduring.

That’s when I realized that ‘prayers ascending’ wasn’t for me. I realized, too, it’s not always the words used, but the belief, that brings healing – at least from a perspective we cannot yet fully grasp, and that demands far more of us than simple platitudes.

I pray that somehow my words – and if needed, my actions – will literally help those in need of prayer through whatever trial is present in their lives.

I pray that I am bigger than myself in my mediocrity.