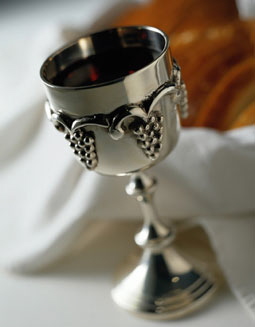 A priest in the Catholic Church is a man who has received the sacrament of Holy Orders and has therefore undertaken the duties of celebrating the Sacrifice of the Mass, hearing confession, giving absolution and other sacraments “in persona Christi” and to perform other duties of pastoral ministry and, sometimes, administration.

A priest may be connected to a diocese, to a religious order, or to a monastic house (an abbey or priory/convent/friary). All priests, whether diocesan or religious, take vows of obedience to their superiors:

Diocesan priests do not take vows of poverty and may possess and inherit property. 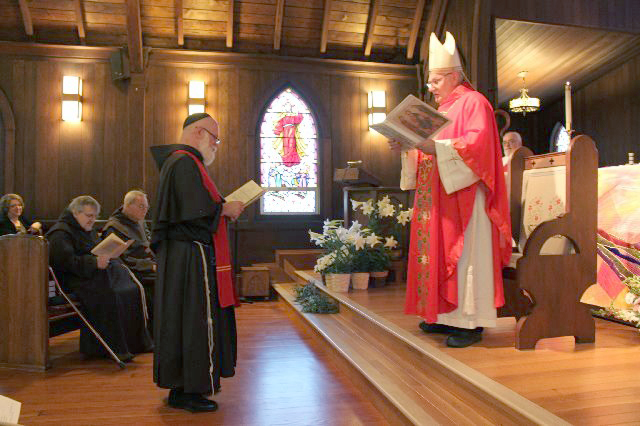 Priests vowed to a religious order (like the Franciscans, Dominicans, etc.) or a monastic community (like the Benedictines or Cistercians) make vows of poverty, surrendering any income they generate through their works to their superiors. So, a Dominican writer earning profits from his books will turn those royalty checks over to the Order of Preachers. A Trappist writer will turn his earnings over to his abbot or prior, for the benefit of the whole community.

The word “friar” is from fraire (from the Middle Ages — the fraire Provençal), which means “brother.” The word arose with the creation of the mendicant (traveling/preaching) orders in the late Middle Ages, most predominantly by Saint Francis (Franciscans) of Assisi and Saint Dominic (Order of Preachers, or “Dominicans”). These “new religious” were no longer tied to monasteries and convents but went out among the people, to preach and to pray, to educate and to serve the sick.

Now, some monks and friars discern their vocations as religious, content to simply be brothers within their order or community; they do not pursue the priesthood. The word “monk” comes from the Latin monachus, a word for hermits, rooted in a meaning of “solitude.” It is related to the emergence of the first experiences of contemplative men and women, such as the Desert Fathers and Mothers. Saint Benedict of Nursia (480-547) is considered the founder of Western Monasticism.

Finally, it is possible for a priest to be neither “secular”, nor “friar”, nor “monk” but still be a religious. A Jesuit priest (Society of Jesus), for example, or a Pauline priest (Society of Saint Paul), or a Salesian priest (Society of St. Francis de Sales, aka Salesians of Don Bosco) is fully a priest and will make the same vows of poverty and obedience to their religious superiors, just like friars and monks, but they are simply priests of their respective communities.

Each call is different and all we can do is try and discern where God wants us to live out our life of service!

There's a Lot Going on At Saint Miriam Parish & Friary! 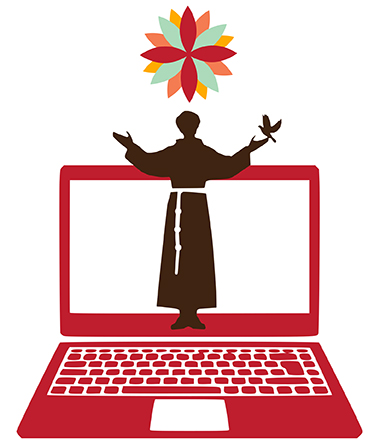 There's a whole lot going on! Check out the links below and check in often so you can keep up to date!

Support for eLearning for students K (An in-person class set up to allow for appropriate learning of this age group with guidance including academics, physical development, socialization, task and emotional development.), and 1st to 6th grade (to allow for Virtual Lessons from their own school district). Qualified/screened proctors available to assist students in a facility that is RAVE certified insuring the safety of all. COVID response protocols require all students/staff wear masks, have temperature regularly taken throughout the day, socially distance and workstations sanitized between uses.

A Saint Miriam Pew, Just for You!

We tried selling our former Sanctuary pews, but it happened that our construction was completed in the middle of a pandemic and many churches were closing, let alone starting. So, we came up with a wonderful idea — make miniature pews from the large ones and let everyone have the chance at owning a part of history!

To keep everyone safe and healthy, we have set up seat reservations. Click here to reserve your seat for Mass!

We need your support NOW more than EVER!

2020 has been hard on everyone – including us! In response to the COVID-19 pandemic we have expanded our support to the community even while donations have dwindled. Please support us today with your donations. To donate, click here!