I Lost Holy Week, Now I May Lose Lent: Perhaps in Doing so, I Will Find Life. 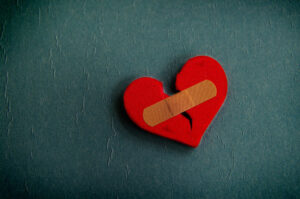 I lost Holy Week in 2020. The world around us shut down about March 16th; my first son – Jameson – came bright and early April 9th; Holy Thursday! We had been in labor over 46 hours and confined to a hospital birthing suite where we could not leave due to the pandemic. Father Frank and Father Bryan stepped up and covered. We came home Easter Sunday. We were in a desert. Alone. Scared. New parents. God still came.

The next year Holy Week was all virtual. All of Lent was in fact. We (clergy) showed up every week and looked sadly and longingly at empty pews and into camera lenses. It was holy, but not the same. The desert remained firmly in place.

This year was to be different. We were back! Then our newest son was born and we celebrated! A brand new baby born outside a pandemic – and after the deep penetrating loss of a miscarriage –  and before Lent began was simply pure joy! He was home, but a mere four days later he began to show signs of grave illness. By the morning of day 5 of life, we were in an ICU at Children’s Hospital in their new facility in King of Prussia. This time, we knew quickly that the desert was vast and we were contemplating how to survive the loss of a child. He had meningitis and was failing fast. We were sent to Children’s Hospital at their main campus via ambulance transfer in the middle of a dark night and our little boy was in the neonatal intensive care unit by 2:00am. It’s actually here, next to him and my wife, where I pen this message. We are devastated and alone and exhausted. “How could God do this to me”, I screamed! “Not again! Not another year of sadness?”

In the midst of our trauma, as we sat vigilant in NICU where we were transferred as Caleb lay dying, the nurse decided we desperately needed support. Soon a social worker referred us to a psychologist who came to sit with us one afternoon. I could hardly breathe and I was weeping hysterically and I told him that I could not make it through this; I could not bury my son. My legs gave out, I collapsed. He turned to me and gave me the most profound words that I’ve heard in a long time. He said, “Dad, how can you breathe or speak and not weep hysterically when your heart is laying over there on a table on life support?” Lent came in that moment. Just differently then I wanted or could have ever predicted. This desert experience was here to change me in ways I’m still grappling with.

If you’ve ever visited the smaller chapel we called “475” (the original home of our community in Blue Bell) you would notice that the seating was a tiny bit, well . . . . . tight!! Oftentimes 125 people or more would squeeze into a space that fits into the center of the current sanctuary! Out of the many conversations that were part of the ongoing formation of the community, especially once we moved to our current beautiful campus, comments like this one helped focus the seating arrangement for our current home: “Father, we’ve spent years staring at the back of the heads of the people in front of us, wouldn’t it be nice to see their faces!” “Monsignor, wouldn’t it be great to change the way we arrange the seating; if it weren’t for the fact the pews don’t move?!”

These, and similar remarks, as well as the experience it described, provided a starting point for catechesis on seating arrangements. Out of this process came our ability to arrange, change, alter our design by season, event or whim! That is why, this Lent, I chose the antiphonal seating style we have today as we embark on the season of Lent. A time in the desert to change again and perhaps to realize what’s truly important.

This “choir” arrangement you will experience is ancient and is rooted in the early prayer form which sung the psalms antiphonally (using two alternating choirs). Originating in Hebrew tradition, this style of praying the psalms was common in early monastic communities and the seating pattern that reflects this style of singing the Liturgy of the Hours is often found in monastic houses to this very day. I enjoyed this style during my six months living with a cloistered community of Benedictine Monks at Abbaye Notre-Dame du Bec as a seminarian in Normandy, France.

In our space this season, the assembly is seating facing inwards towards the central ritual space. One end of this space is anchored by the Font while the other is anchored by the Table. This spatially reflects the connection between font and Table. One cannot approach the Table unless one has entered the Church through the font (baptism leads to communion). And between these two anchors is the central ritual space which is the focal point of much of our ritual action. This is where the Rites of the RCIA are to be celebrated, it is where the marriage rites occur, where a body or cremains are placed at a funeral, it is where Communion, Confirmation, the Sacrament of the Sick, and people become “living tabernacles” as they reach and take Jesus into themselves. These, and much more are celebrated as the assembly witnesses firsthand the providence of God. In this seating arrangement, then, the community is gathered around this core of ritual action not as passive observers, but instead as the primary active participants of ritual action.

The Constitution on the Sacred Liturgy (one of the primary documents of Vatican II) reminds us that Christ is present in the gathering of the assembly. Indeed, it notes that there is a sacramental presence of Christ in the gathered assembly (as there is in the word proclaimed, the ordained minister and in a special way in the Body and Blood of the Eucharist). By seeing one another face-to-face, it is my hope that we are reminded of this presence of Christ in our midst as we gather as community in our celebration of the liturgy, just as I have been reminded again as I pray and sit vigil this night at Children’s Hospital of Philadelphia at my infant son’s bed that God is the One I cry out to, even in the depths of my pain and unknowing; the desert, it is here this night – as in Lent – that my dependence on Him has grown and my anger and despair is heard, if only for seconds at a time. And no matter the outcome, His love will prevail and I will be changed, but first I must surrender the power of this life, perhaps to save Caleb, but myself, too. Just like God did for all of us by climbing that hill and hanging on that cross, so we might one day live – always.

In the end, this seating arrangement recognizes the liminal nature of the ritual space, but perhaps our lives, too. That is, this space is a meeting point of the human and divine. Here at Saint Miriam, our ritual actions provide threshold experiences where we are formed into a new People and transformed in that becoming so that we go forth to transform the world.

May Caleb be saved. May I be changed in my willingness to submit to the God I adore. May you, too. May our desert experience become a place of fresh hope again as we await the Easter glare. 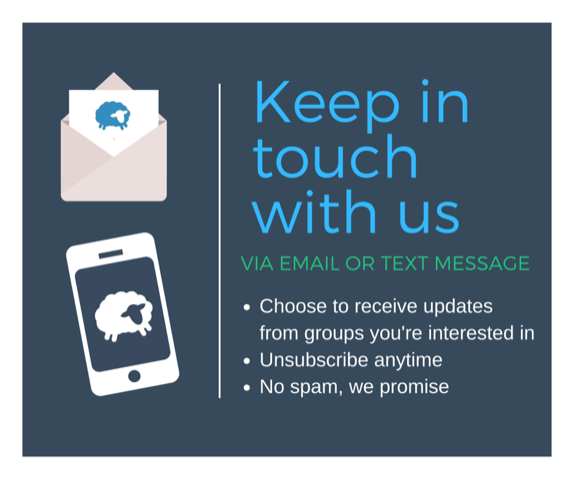